A 6-night tour starting in the city of Colombo, taking in not only the key cultural sites in Sigiriya and Kandy, but also discovering the nature at Minneriya National Park and stunning scenery of Nuwara Eliya. Ending with a night on the coast discovering Negombo. Why not extend with a relaxing beach break? Tour operates daily from Colombo.

On arrival clients will be met by their Chauffeur Guide / Guide and transferred to Colombo and taken to your hotel.

Thereafter do a City Tour of Colombo including visits to the Commercial, Residential and Bazaar areas.

Colombo – the trade and commercial capital has long been the traditional gateway to the Orient.  Sri Lanka’s largest city, it is located on the west coast and draws together all the cultures, religions and influences of foreign lands into a pot-pourri of sounds, smells and a kaleidoscope of colour. The original traders and settlers - the Arabs, Portuguese, Dutch and the British have left in their wake churches and monuments, names and religions, costumes and food and smatterings of their languages which have been absorbed into the speech of the Sri Lankan. Today, Colombo is a fascinating city - a happy blend of east & west, past & present, with a charm of its own. A less known but amazingly true fact is that Colombo has a superb range of high quality restaurants serving food from all over the world and some of the best shopping opportunities in Asia. The main seaport of Sri Lanka is in Colombo & adjoining it, is Pettah, a local bazaar & trading area.  Other places of interest are the beautiful Buddhist temples, Hindu temples, mosques, the historic Wolfendhal church, (1749) residential areas where you find the stately homes of the affluent, the Colombo Museum, the Bandaranaike Memorial International Conference Hall, the New Parliament in Sri Jayewardenepura, the Folk Art Centre, Art Galleries, Parks, Independence Square, the Zoo, the Ceramic Corporation famous for its well known brand “Noritake” and ODEL the renowned shopping centre Leave for Habarana driving through typical village scenery, rice fields and coconut plantations. Check into your hotel. Then in the afternoon enjoy a Jeep Safari at Minneriya National Park. Minneriya reservoir and its surrounding wetland habitat is inhabited by a large number of aquatic bird species in addition to elephants. Sambar and Spotted deer are other wild animals roam the park. The park is located between Habarana and Polonnaruwa. After breakfast take an excursion to Sigiriya – this UNESCO World Heritage Site, a spectacular Rock Fortress, and one of Sri Lanka’s major attractions. The most impressive facets of the unique complex are the Water Gardens, the Frescoes of beautiful maidens, the Mirror Wall with ancient graffiti, the Lion platform and the Summit of 1.6 hectares, which was completely covered by buildings during the period of Sigiriya’s glory. Built by King Kashyapa (477-495 A.D), the “Lion Rock” is a citadel of unusual beauty rising 200m from the scrub jungle

On your way to Kandy visit a Batik workshop and watch the complicated and time consuming home industry of handmade batik. Then head off to visit a Spice Garden to see spices growing in their natural habitat. Learn about spices and their use in Sri Lankan cuisine.

Arrive Kandy – a lovely exotic city, encircled by hills, with a tranquil lake in its centre, it is the site of the renowned temple that enshrines the Tooth Relic of the Buddha and the Royal Botanical gardens – home to one of the world’s best collections of Orchids. Check into your hotel for two nights.

Property Location With a stay at OZO Kandy in Central Province (Kandy District), you'll be minutes from Kandyan Art Association & Cultural Centre and close to Temple of the Tooth. This hotel is within the vicinity of Royal Botanical Garden. After breakfast visit the Royal Botanical Gardens. There are more than 5000 species of tree and plants here and some are very rare.  The Spice Garden and Orchid House are popular with tourists.

In the afternoon enjoy sightseeing in Kandy including a visit to the Temple of the Tooth Relic of the Buddha, and Arts & Crafts Workshop, oriental market place and a Gem Lapidary where clients can see how rough gems (particularly the famous Blue and Star sapphires) are mined, cut and polished using traditional methods.

In the evening enjoy a Cultural Show with a display of several ancient and modern dance forms, and drum rhythms.

Property Location With a stay at OZO Kandy in Central Province (Kandy District), you'll be minutes from Kandyan Art Association & Cultural Centre and close to Temple of the Tooth. This hotel is within the vicinity of Royal Botanical Garden.

After breakfast travel into the scenic mountains passing waterfalls and through tea plantations to Nuwara-Eliya, Sri Lanka's premier hill resort with a fine bracing mountain climate, Nuwara Eliya is also the heart of Sri Lanka's tea country, producing some of the world’s best tea.  The mountain slopes and valleys are a carpet of velvety green tea plantations, interspersed with gushing streams and tumbling waterfalls. Red or green roofed plantation bungalows, English country style homes and hotels with lovely flower gardens, a fine 18 hole golf course and a racecourse gives Nuwara Eliya a decidedly British character. Later visit a Tea Plantation and Factory and see how tea is made and take a walk through the plantation.

Surrounded by mist swathed mountains in the centre of Sri Lanka, sits the hill capital Nuwara Eliya. Hotels and guest houses from the rustic to the grandiose dot the slopes and hide in lush green plantations. Tucked away, down its own little lane, close to the heart of town yet away from the bustle is the quaint old mansion of Jetwing St. Andrew’s. A small Dutch Fort dated 1678 with a beautiful Dutch Church of the same date and the beautiful Angunukaramulla Buddhist Temple, close by are some other attractions. Seafood is particularly fine here - the superb lobster mayonnaise, the curried prawns are possibly the best in the World. 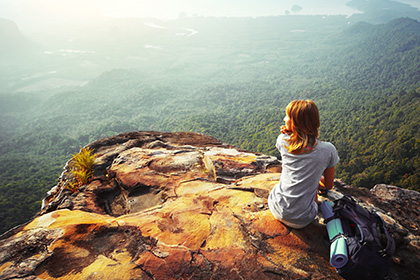 After breakfast return to the airport for your flight home or continue on to your beach resort. Breakfast is included. Your tour price does not include: